You are here: Home / All News / The Cruel Plot to Prop Up Joe Biden 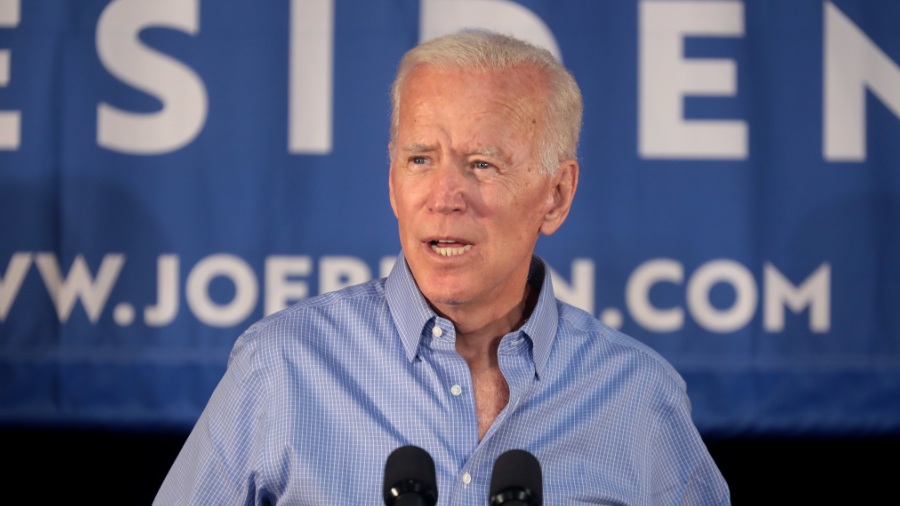 What is being done to Joe Biden by the DNC, by his staff, by his family, is nothing short of cruel.

Sure, Biden is a Swamp creature who used his positions for decades to enrich his family beyond measure. OK, sure, Biden was #2 in the Administration that used the FBI, CIA, DOJ and IRS to target political enemies. Sure, his touchy-feely gives one the creepy-crawlies. But he’s also considered one of the most likable guys in politics. And he is a human being. Who is being abused in a vicious thirst to regain power. And it’s flat out wrong.

Clearly, Joe Biden is in mental decline. Clearly, he should not be campaigning for the most stressful job on the planet. Watching him roll and bellow through a thickening fog is sad to watch. And angering to see continue.

Since Super Tuesday we’ve been hearing about Joe Biden’s amazing resurrection. He’s gone from being virtually out of the race to being in the driver’s seat. Starting with South Carolina, he had the best week of his life politically.

Yet, in these same recent days he has also:

Confused his wife and sister …

Declared that he was running for Senate …

He proudly declared himself an “O’Biden-Bama Democrat” …

At least that’s better than when he completely forgot Barack Obama’s name.

It’s happened more than once:

Yes, the Trump campaign is getting blasted for pushed an edited clip that appears to show Biden saying Saturday “We can only re-elect Donald Trump.” In fact, Joe did have more to say, adding the clause “if in fact we get engaged in this circular firing squad here.” So, the Trump attack seems a little unfair.

Then again, watch and hear what Biden actually said. All that he said.

Turn this primary from a campaign that’s about negative attacks into one about what we’re for. Because we cannot reelect, we cannot win this reelection. Excuse me, we can only reelect Donald Trump if in fact we get engaged in this circular firing squad here. It’s gotta be a positive campaign …

Remember, he read off a teleprompter. And he still got confused.

All told, as Barack Obama’s former personal assistant told the Washington Examiner, “He is not a healthy guy.”

So Why’s He Up There?

So why is Joe Biden up there? One wants to say, “Joe’s an old, fading fighter with a furious will to win.” A bloodied Apollo Creed in Rocky IV saying “Don’t stop this fight.” Except since the day he’s gotten in the race, Joe Biden hasn’t seemed all that hungry for victory.

How many times has he told voters if they don’t like him or one of his plans go vote for someone else. Remember how he bit the head off a voter in Iowa? Or called another Iowa voter a “damn liar” and “fat”? And suggested a push-up contest and an IQ test? How about when he got mad at another voter in Iowa, and managed to not only forget Sarah Palin’s name but also confused her with Tina Fey?

Sure, he will tell you how he’s qualified for the job. But he hasn’t shown that he wants the job. In fact, he’s the one who has brought up his age and the good possibility he could kick off during his term. Does Joe Biden seem happy to anybody?

He’s Up There Because

He’s up there because the DNC thinks he had the best shot of beating Trump. (And, most recently, was the best path to block Bernie Sanders.) And if the DNC, their media allies, Biden campaign and Biden family have to dodge, distort, and play hide-and-seek with Uncle Joe all the way to November 3rd, they will. They will continue to ignore the elephant in the room. (An elephant who had two brain surgeries for cranial aneurysms, who admitted in 2013 doctors had only given him about a 30-50 percent chance of returning to completely normal.)

The Sanders camp certainly thinks the DNC is shielding Biden. They note how the DNC changed the format of next week’s Arizona debate so Biden and Sanders will be sitting during next week’s debate in Arizona rather than standing for two hours.

“Why does Joe Biden not want to stand toe-to-toe with Sen. Sanders on the debate stage March 15 and have an opportunity to defend his record and articulate his vision for the future?” asked Jeff Weaver, Sanders’ senior adviser.

The DNC also changed the rules to keep Tulsi Gabbard off the debate stage. This, too, helps protect Biden. If Tulsi dispatched Kamala Harris in 30 seconds, what would she do to Biden over the course of 120 minutes? (Honestly, I think Trump would show mercy on Joe before Gabbard would … if only to embarrass the DNC.)

The play is obvious. Biden’s an empty shell. Fill the shell with someone the DNC wants as president. In other words, Biden’s VP choice will be president. Amy Klobuchar dropped out the day before Super Tuesday, giving Biden a huge boost. Think she did it out of the kindness of her heart? Esprit di Corps?

At a rally Saturday, Klobuchar beamed about how glad she “couldn’t think of any better way to end my candidacy … than to join the ticket.” Sounds like she was promised the VP slot. (At least until a better option comes along. In which case she’ll be tossed away quicker than Kleenex on the Grand Princess cruise ship.)

Then there’s Hillary Clinton. Out she pops Friday with a new documentary on Hulu, smack dab in the middle of primary season. And what is she doing? Ripping Bernie Sanders. And she doubled down in an interview on ABC’s Good Morning America. She’s doing Biden’s dirty work. Exactly what VP choices traditionally do. However, she didn’t quite endorse Biden either.

As if to emphasis the point, Hillary told CNN Sunday she personally would “love to have a woman on the ticket” and “actually have it happen in this election that someone would be the first woman vice president.”

A Biden-Hillary ticket would, in effect, be a 2016 rematch. Her chance to avenge her loss. Biden would be a supporting player in his own general election run. And should Hillary … I mean, Biden win … the 25 Amendment will be waiting for him in the Oval Office.

Still, even if we concede it won’t get that far, how can anyone believe Joe Biden could withstand a head-to-head campaign with Donald Trump? (Maybe that’s why they’re calling for Trump … but not Biden or Sanders … to shut down their rallies over the coronavirus.)

Dragging an increasingly disabled senior citizen, despite nearly daily humiliations, around the country to get power back? In a cold heart beat.

As their bible says, “by any means necessary.”

In the meantime, let us pray for the health of former Vice President Joe Biden.

Al Perrotta is the Managing Editor of The Stream and co-author, with @JZmirak, of The Politically Incorrect Guide to Immigration. You can follow him at @StreamingAl. And if you aren’t already, please follow The Stream at @Streamdotorg.