You are here: Home / All News / The Left fears the Constitution of the United States, not Kavanaugh.

For those who rely on the administrative state and coercion as a policy tool, the Constitution is a big problem. 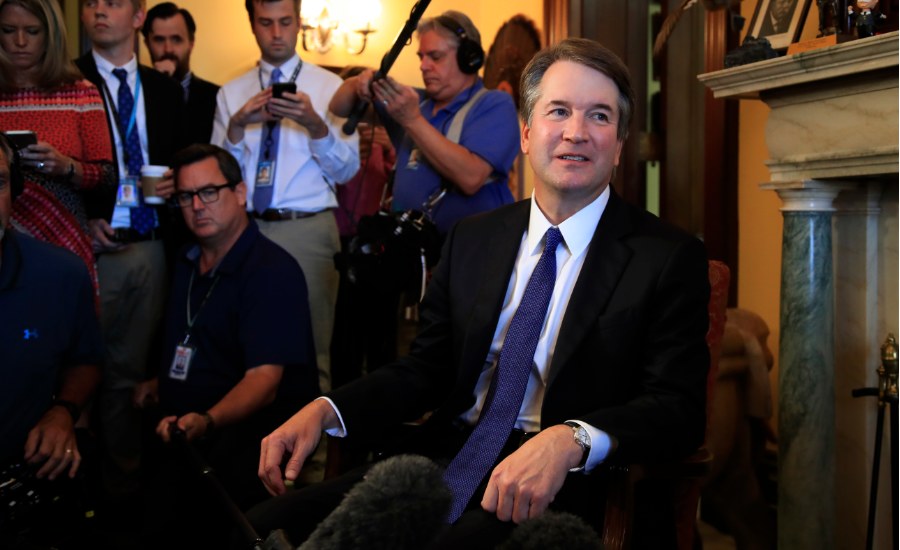 Sure, some of the anger aimed at President Donald Trump’s nomination of Judge Brett Kavanaugh to the Supreme Court is partisan bluster meant to placate the activist base.

Still, most Democrats were going to get hysterical about any pick, because any conservative pick was going to take the Constitution far too literally for their liking.

An “Existential Threat” — To What?

Some, such as former Virginia Gov. Terry McAuliffe, indulged in the histrionic rhetoric we’ve come to expect in the Trump era, claiming that Kavanaugh would “threaten the lives of millions of Americans for decades to come.” But almost none of the objections coming from leading Democrats have been even ostensibly about Kavanaugh’s qualifications as a jurist or, for that matter, his interpretation of the Constitution.

“Specifically,” prospective presidential candidate Sen. Kamala Harris, D-Calif., argued, “as a replacement for Justice Anthony Kennedy, his nomination presents an existential threat to the health care of hundreds of millions of Americans.” Surely, the former attorney general of California comprehends that “health care” is not a constitutional right but rather a policy concern whose contours are still being debated by lawmakers — and probably will be for decades.

What Harris probably meant is that Kavanaugh is an existential threat to the practice of forcing Americans to buy products in the private marketplace against their will. Kavanaugh, incidentally, upheld Obamacare as an appellate judge for jurisdictional reasons even though it displeased him on policy grounds. (He wrote that the law is without “principled limit.”) He did this because he has far more reverence for the law than Harris does.

Kavanaugh, with Justice Neil Gorsuch, is a critic of Chevron deference, the practice that allows administrative agencies to ignore their legal charge and have free rein to interpret statutory authority in virtually any way they please. Few things undermine the socialist agenda more than limiting our regulatory agencies’ ability to lord over the economic decisions of Americans.

Democratic Sen. Kirsten Gillibrand of New York, another potential presidential hopeful, said Kavanaugh “can’t be trusted to safeguard rights for women, workers, or to end the flow of corporate money to campaigns.”

To “safeguard” the rights of women means keeping abortion legal on the federal level, without any genuine restrictions. For Gillibrand and others, invented rights are sacramental, whereas other precedents, such as stopping the “flow of corporate money” — which is to say, the right of free expression codified by the Citizens United decision — should be conveniently discarded.

There is absolutely no guiding principle to any of this other than political preference.

It seems to me that with another originalist justice, we inch closer to a time when the majority of the left will simply dismiss the court as an antiquated impediment to progress. We already see this happening — not only from progressives but from supposed moderates. It’s why flip-flopping partisans such as Ezra Klein are now lamenting the “anti-democratic” position of the court.

By “anti-democratic,” he doesn’t mean the court legalized abortion or same-sex marriage without the consent of states; he means it has recently stopped the federal government from compelling individuals to act in ways he and many others approve of.

And that’s why the left is about to go nuts again.