You are here: Home / All News / There are victories thru prayer, like the Big Christian Victory in Califormia! 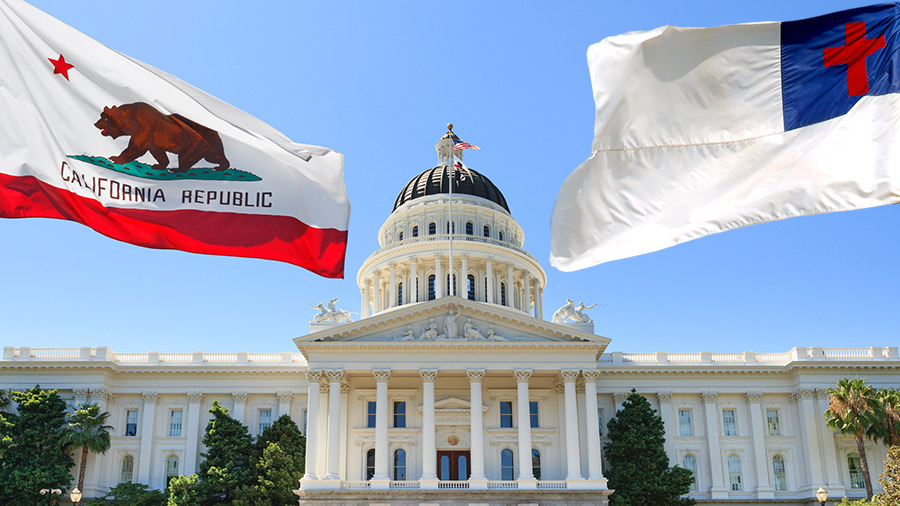 Make no mistake about it. The news from California is very big and very positive. As reported in the LA Times, “California legislator shelves bill to ban paid ‘gay conversion therapy’ for adults.”

In a somewhat unprecedented move in the history of gay activism, Assemblyman Evan Low, himself gay, has withdrawn AB2943 from a final vote.

The bill, which would have made it illegal for people of any age to receive professional help for unwanted same-sex attractions, was almost certain to pass the Assembly, having been approved by the Senate 25-11. But to Low’s credit, he took the time to meet with faith leaders across the state, hearing their concerns.

In his own words, “I knew this was an emotionally charged issue, so I spent the past few months traveling up and down the state meeting with a wide variety of faith leaders.”

This is what can happen when Christians seek to be the salt and the light, even when it’s outside our comfort zone.

It appears he was sensitive enough to the concerns of these leaders that, for now, he withdrew the bill.

That is certainly commendable on Low’s part, and he deserves our utmost appreciation. How many legislators would do what he has done?

Why Has the Church Been Silent?

But that leads to a major concern. Why did it take so long? Why did we largely sit on the sidelines until now? And isn’t it ironic that we are rejoicing over the withdrawal of a bill that should never have seen the light of day?

Having been on the front lines of these issues since 2004, this is a truth that stings deeply: We are only in this moral and cultural morass today because the church has been so silent.

I say that with shame and with pain, not with condemnation. Surely I could have done better too.

California has passed bill after bill mandating the celebration of LGBT history in America, with no one allowed to opt out, including both teachers and students. This is mandatory for all public schools, grades K-12.

One of the worst of these bills, SB777, became law in 2007. Where was the Christian outcry over this? Where was the concern for our children?

Speaking of our children, where was the Christian outcry in 2012, when California passed the virtual equivalent of AB 2943, barring minors from receiving professional help for unwanted same-sex attraction?

And for those throwing stones at the church of California, where were the rest of us when similar bills were passed in a dozen other states? Are we that unconcerned with the wellbeing of our kids?

So, as much as I rejoice over this major victory in California, I do so with reserve: We have been asleep in the light for far too long. Today, we are paying the price for convenience store Christianity.

Still, We Must Be Vigilant

There’s also a reason to be cautious in our celebration. AB 2943 is not going away. It’s just being reshaped.

To quote Assemblyman Low again, “I believe we are on the side of the angels on this issue,” he said. “Having said that, in order to get it right, why wouldn’t we want to engage in meaningful, thoughtful, transformational relationships and conversations?”

What, exactly, does it mean to “get it right”? Is not the whole premise of the bill that there’s nothing wrong with being gay? That all attempts to change sexual orientation are harmful and abusive? That any professional services offered to produce change are fraudulent?

While there is much cause for celebration in California, there remains serious cause for concern.

But there’s more — and be assured that the impact will be major. There are two brand new movies that will be highly touted by Hollywood (just wait for the praises and awards to flow), and both seek to expose “conversion therapy.”

One, called Boy Erased, “follows the son of a Baptist preacher who is forced to take part in a gay conversion program.”

The other is called The Miseducation of Cameron Post, telling the story of “a 12-year-old Montana girl who is discovering her own homosexuality” and is subsequently sent to a “conversion camp.”

It is difficult to describe just how much anti-Christian, anti-conservative, anti-change sentiment will be stirred up by these films, which in no way, shape, size or form will be fair or balanced, let alone biblical.

So, while there is much cause for celebration in California, there remains serious cause for concern.

May this victory be a wake-up call and a starting point rather than a time to sit back and rest on our laurels. To do so would be to make a very serious mistake.