You are here: Home / All News / “A time to mourn,” Michael Brown looks at the First Baptist Church of Sutherland Springs, Texas.

After Sutherland Springs Massacre, a Time to Mourn 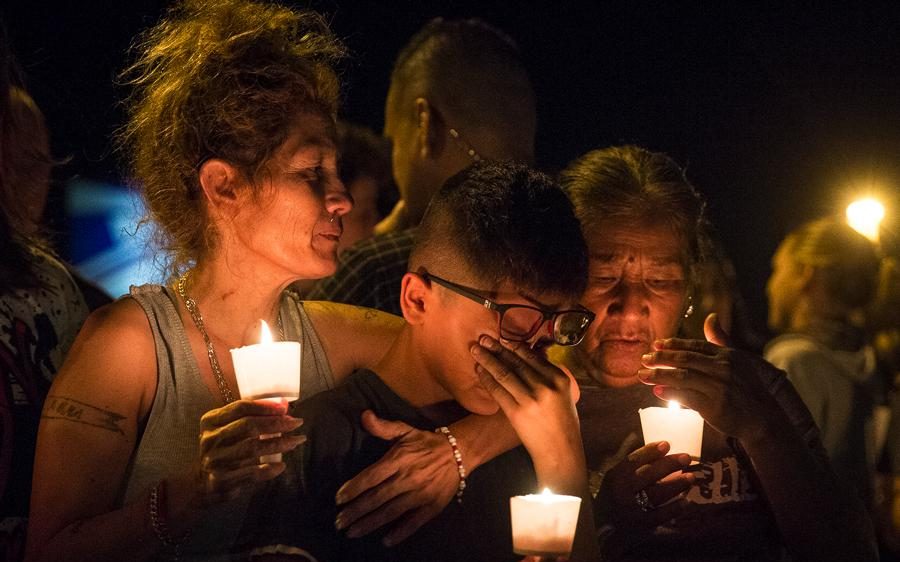 Who can imagine the pain of the people of the Sutherland Springs, Texas, a town of just a few hundred?

Already 26 are confirmed dead, ranging in age from 5 to 72, all them shot while worshiping in their local Baptist Church. One of them was the pastor’s 14-year-old daughter.

Twenty more are reported wounded, meaning that most of those in the service were shot. Can we even begin to wrap our minds around this?

Every family in this town has been affected. Dreams have been destroyed. Plans for a bright future have been demolished. What a massive, unspeakable tragedy.

You wake up on a Sunday morning on a beautiful fall morning, you head over to the church building to sing to the Lord and pray and hear a message. And you never make it home. Or your spouse or child or grandparent never makes it home. Or you’re airlifted from the service in critical condition, your whole life turned upside down.

At times like this, we are consumed with questions, wanting to know why and how.

What we do know about the murderer? What motivated him? Why did he launch his attack on a Sunday morning? What could have been done to prevent this? Why does God allow such things to happen?

Those are all valid questions, and there will be plenty of time to seek valid answers. But now is a time to mourn and pray. Can we at least take a few minutes to stop what we’re doing, turn off the news, and cry out to the Lord?

At times like this, it’s all too easy to politicize the pain, to argue for stricter gun control or to argue for better church security or to blame one political party or another.

All this has already been done today, setting the internet on fire with tweets and countertweets, none of which I will link here, since that will only distract us or annoy us or enflame us.

Perhaps there’s something better we can do right now? Perhaps praying and grieving is more appropriate? Perhaps asking the Lord to help those who are suffering would be a better use of our time, at least for a few minutes?

There is a community traumatized.

There are bloody bodies laying on the floor of a little church building, which is now an active crime scene.

There are children fighting for their lives in nearby hospitals.

There are parents and families in shock.

The least we could do is feel some of their pain and ask God for comfort and intervention.

Avoid Get Drawn into Online Battles

And let’s not get into online battles with the mockers who say there’s no need to pray, since God didn’t stop this from happening in the first place. Don’t let them dishonor the name of the Lord we love, the same Lord that these victims and their families loved, the same Lord who is at work even now in the midst of the agony, the same Lord who has welcomed 26 of His children into His heavenly presence.

America is hurting right now, and in many ways, we are a very sick nation. Only God can heal our land.

Turning to Him with all our hearts and souls in repentance and prayer is our only hope. It’s the only hope of the people of Sutherland Springs.

Let’s join them in their grief, as we appeal to our Father for mercy.