You are here: Home / All News / A true review of Church history and the rule by the Sword.

When the Church Ruled by the Sword

Through much of Christian history, the Church has departed from the message and example of Jesus. 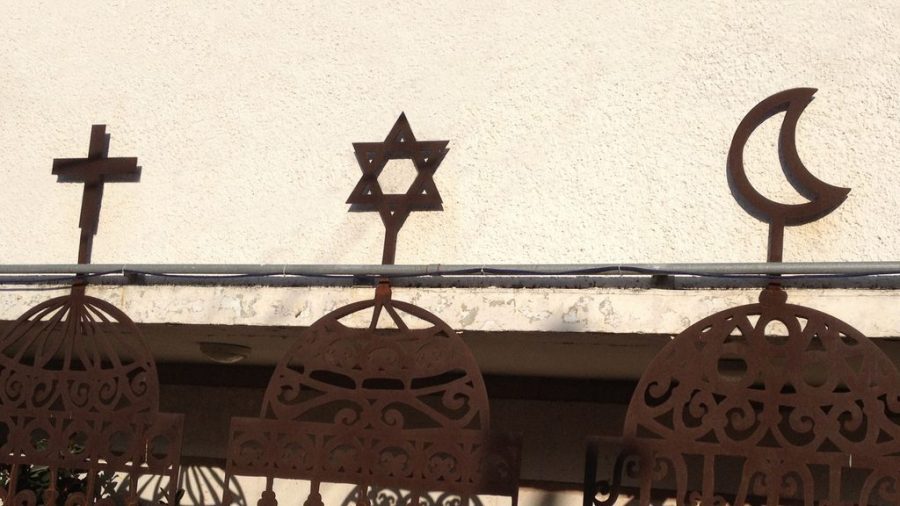 Last month, I stated that the essential difference between Christianity and Islam was the difference between Jesus and Muhammad, the cross and the sword, liberation and subjugation. Unfortunately, through much of Christian history, the Church has departed from the message and example of Jesus, also ruling by the sword. Honesty compels me to tell this part of the story as well.

Shortly after I came to faith in Jesus in 1971 as a rebellious, 16-year-old, Jewish hippie, the local rabbi befriended me. The first thing he asked me to read was a book on anti-Semitism in Church history. This plague infected both Catholicism and Protestantism. It is a story that Jews know only too well yet a story of which many Christians know nothing.

As the Catholic scholar Edward Flannery once wrote, “The vast majority of Christians, even well educated, are all but totally ignorant of what happened to Jews in history and of the culpable involvement of the Church … It is little exaggeration to state that those pages of history Jews have committed to memory are the very ones that have been torn from Christian (and secular) history books” (The Anguish of the Jews).

These painful, embarrassing chapters of Church history have virtually been torn out of our history books.

Once while lecturing at a leading seminary, I spent time with a leading Church historian, a true scholar in the field. I asked, “When do you and your colleagues teach the students about anti-Semitism in Church history?” He replied somewhat sheepishly, “We don’t.”

That has been the case at most seminaries where I have taught, despite their fine programs and brilliant scholars. These painful, embarrassing chapters of Church history have virtually been torn out of our history books.

In contrast, when Christianity ruled by the sword, it was the exception to the rule. This violated both the spirit and the letter of Jesus, of the first disciples, and of the early centuries of Church history.

But saying this does not excuse this departure from the New Testament faith. Rather, it heightens the Christian guilt and magnifies the apostasy. Only an apostate Church, a Church in name only, could oppress, humiliate and even brutalize others in the name of Jesus.

Speaking of Islam, Moses Maimonides (1135-1204), one of the greatest Jewish thinkers, said, “No nation has ever done more harm to Israel. None has matched it in debasing and humiliating us. None has been able to reduce us as they have.” Yet Maimonides and other Jews sometimes found conditions in Islamic countries to be far more favorable than in Christian countries.

As followers of Jesus, we best walk in humility, not pride.

When all non-baptized Jews were expelled from Spain in 1492 (this is not the only time this happened in Jewish history), many took refuge in Muslim lands. As noted by the respected historian Martin Gilbert, “Jews often welcomed Muslim conquerors in order to be free of Christian persecution, and in many places Muslim rule provided Jews with the refuge they sought.”

In truth, “Christendom at its worst” bears no connection to the gospel. It brings nothing but reproach to the name of Jesus. That’s one reason that many Jewish followers of Jesus distance themselves from the terms “Christianity” or “Christendom,” knowing what those words convey to their fellow-Jews.

Gilbert even has a map in his book depicting “Jews seeking refuge in Muslim lands from Christian persecution, 1012–1540.” All too often in his study, he has statements like this:

Under the tolerant rule of the Ottomans, Jews were not only allowed to engage in commerce, but also to build synagogues, own property and establish their own religious courts. These benefits were much preferred over the conditions endured by Jews in Christian lands. As a result, when the Ottomans conquered Byzantine cities, their forces were supported by the small, impoverished Jewish communities that had been persecuted under Christian rule.

Of course, Gilbert also details how Muslims sometimes slaughtered, humiliated, oppressed, and degraded Jews. And as the norm, Jews in Muslim lands lived as the subjects of Islam, heavily taxed, deprived of equal rights, their fate determined by the whim of the Muslim ruler in power at the time.

This reminds us that, as followers of Jesus, while our concerns about Islam are valid, we best walk in humility, not pride. We have much to be ashamed of as well.