You are here: Home / All News / Trump now uses the word ‘jihadist’ to discribe terror threats.

President Trump’s national security strategy, set to be unveiled in a major address Monday afternoon, restores references to the “jihadist” terror threat – in a tacit rebuke to the Obama-era decision to avoid such language.

The president is expected to detail his administration’s strategy at 2 p.m. ET in Washington, D.C.

Trump is expected to discuss threats he’ll deem as “rogue regimes,” like North Korea, and “revisionist powers,” like Russia and China, who aim to change the status quo.

But notably, the document repeatedly refers to “jihadist” terror groups, in a break from the Obama administration. 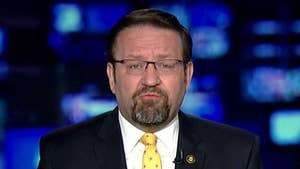 “The primary transnational threats Americans face are from jihadist terrorists and transnational criminal organizations,” the document states, according to excerpts released ahead of the speech.

Another section calls for strengthened missile defense and homeland security, vowing to “pursue threats to their source, so that jihadist terrorists are stopped before they ever reach our borders.”

“The political correctness of the last eight years is gone,” he said. “You haven’t seen anything like this for 20-25 years.”

Then-President Barack Obama stirred controversy when he first removed terms like “Islamic extremism” in the 2010 security document, effectively scrubbing language used by the George W. Bush administration. The shift came on the heels of Obama’s visit to Egypt, where he vowed a “new beginning” in the relationship between the U.S. and the Muslim world.

The administration’s 2015 strategy also did not contain the word “jihadist.”

Shortly before leaving office last year, Obama explained at a CNN town hall that he avoided using those terms because he did not want to “lump” murderers like Al Qaeda and ISIS members “into the billion Muslims that exist around the world, including in this country, who are peaceful, who are responsible, who, in this country, are fellow troops and police officers and firefighters and teachers and neighbors and friends.”

Broadly speaking, according to a senior administration official, Trump’s doctrine has four main principles: protecting the homeland and way of life; promoting American prosperity; demonstrating peace through strength; and advancing American influence in an ever-competitive world.

The official said the “principled realism … takes a clear-eyed view of the threats we face.”

In another shift for the president who ran on an “America First” platform, Trump’s strategy will remove an Obama declaration that climate change is an “urgent and growing threat to our national security.”