You are here: Home / All News / Unfair coverage by the news media.

Protests against the Dakota Access Pipeline continue, but you’d never know about the cost for policing those protests after watching some news coverage.

According to January 9 figures from the Morton County (North Dakota) Sheriff’s Department, state and local response to pipeline protests has cost $22.3 million thus far. But Media Research Center and its Newsbusters division says the broadcast evening news shows paid no attention to that on January 10.

“We’re talking about $22 million,” exclaims Dan Gainor, vice president of business and culture at MRC. “Just a bunch of lefties deciding they want to basically harm a company to score political points – and it’s $22 million that the state of North Dakota, which doesn’t have the budget of California, just can’t afford.”

Gainor adds that the broadcast networks’ decisions to ignore new information about the cost of policing these protests fits with their previous coverage of the No Dakota Access Pipeline (#NoDAPL) protests. In November, the MRC found that from October 27 through November 15, the “Big Three” (ABC, CBS and NBC) morning and evening news shows favored pipeline opponents by a 7-to-1 margin. In early December, when the Army Corps of Engineers announced it would not grant an easement for the pipeline, the same network reports skewed 8-to-0 with many interviews of jubilant protesters and no pipeline advocates.

“The Dakota pipeline has just been covered so poorly by the network news shows that have this huge agenda against any sort of carbon energy,” Gainor continues. “That’s what we get on this ‘eco’ stories: we get journalists who pretend to be neutral and they’re taking everything right out of the Natural Resources Defense Council handbook on what to do.”

The Standing Rock Sioux Tribe is at the center of the pipeline protests. On its website, the tribe says “we fight this pipeline to protect our water, our sacred places, and all living beings.”

The Associated Press reports a “patchwork” of Dakota Access protests are now encouraged across the U.S.

“It’s something that the United States, corporate America, the government has taken for granted – the original occupation of Native lands, all the wrongs of the past,” Tribal chairman Dave Archambault tells The Associated Press.

Share to FacebookFacebookShare to TwitterTwitterShare to EmailEmailShare to MoreMore2

Among this list, what is Russell Moore’s worst misdeed? (Select up to two) 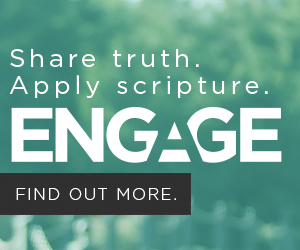