You are here: Home / All News / The United States needs to help the Christians in Northern Syria!

Turkey Is Killing Christians, and the Best Hope for Freedom in the Middle East. Will We Speak Up? 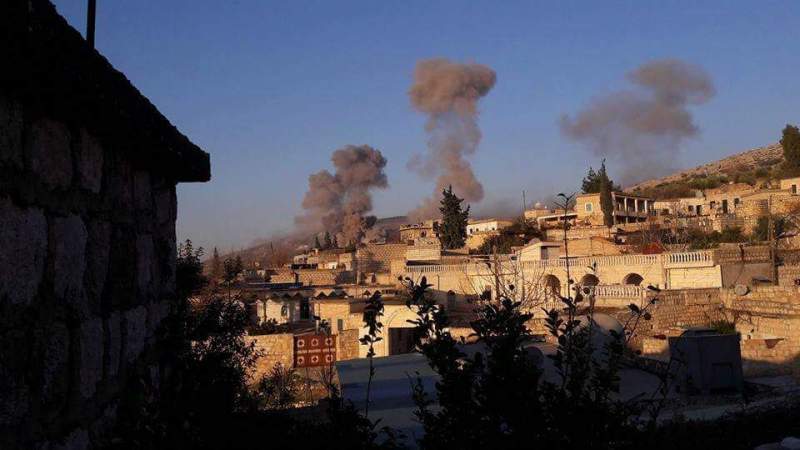 A few months back, I wrote here about a unique chance for freedom and peace in the Middle East. There are countless regimes that crush their people. Which oppress religious minorities. Which flout the rights of women. But an island of human rights has risen above the waves. Its government grows from the ground up, not the top down. Muslims are fully respected, but sharia is not imposed. Christians and Yazidis are safe from the rape gangs of ISIS, and murder gangs of al Qaeda. No secular despot imprisons imams or shuts down Muslim madrasas. Women have full civil rights. They serve in the legislature and form their own self-defense units.

I mean the Federation of Northern Syria. That’s the part of Syria where Kurdish Muslims and Syriac Christians, Sunni Arabs and Yezidis, fought for their freedom and won. They allied with the U.S. Then they defeated ISIS. They established precisely the kind of free, fair institutions which the U.S. tried and failed to set up in Iraq. The Federation became a magnet for refugees seeking freedom and safety for their families. It’s the ideal U.S. partner for rebuilding the nation of Syria. It’s a beacon to hundreds of millions in the region who seek a better life.

And now the Islamist regime of Turkish President Tayyip Erdogan is trying to bomb it all into splinters. The Daily Telegraph reports:

Turkey said Friday that it would press ahead with a full scale assault on a Kurdish enclave in northern Syria despite pleas from the US to hold back.

Ankara has been threatening for days to send its forces into Afrin, a Syrian district near the Turkish border controlled by Kurdish forces who are allied with the US but mortal enemies of Turkey.

Turkish troops shelled the area on Friday and said it was moving units of commandos near the border as well as mobilising pro-Turkish Syrian rebel groups for the attack.

The Turks are using their regular army along with jihadist militias to assault the peaceful, legal government of the Federation of Northern Syria. The Turks are bombing civilian areas, killing women and children. Among those most terrified by the attack? The growing population of Kurds who have discovered Jesus Christ, and formed a church. Below is a letter I got this morning, pleading for help.

A Desperate Appeal from New Christians

To Whom It May Concern,

As  the  Leaders  of  the  Christian  churches  in  North  Syria,  in  the  town  of  Efrin  we  hereby  confirm that we are under attack by Turkey.

The lives of our women and children are in danger. The  city  of  Afrin  is  being  bombarded  by  Turkish  airstrikes.    We  are  asking  for  intervention,  and protection against the violent attacks which are being levied against us at this moment.

Many lives are in mortal danger. We are requesting aid and assistance. We are unable to protect ourselves or our families against these attacks, neither are we able to offer assistance or shelter to the innocents.

Another plea came to me this morning. It’s from the soldiers themselves, the Syrian Democratic Forces. These were the men and women who spared the U.S. the bloodshed of fighting ISIS. They liberated Raqqa, and not a single U.S. soldier had to take part in the battle. Below is their statement on this unprovoked Turkish attack. 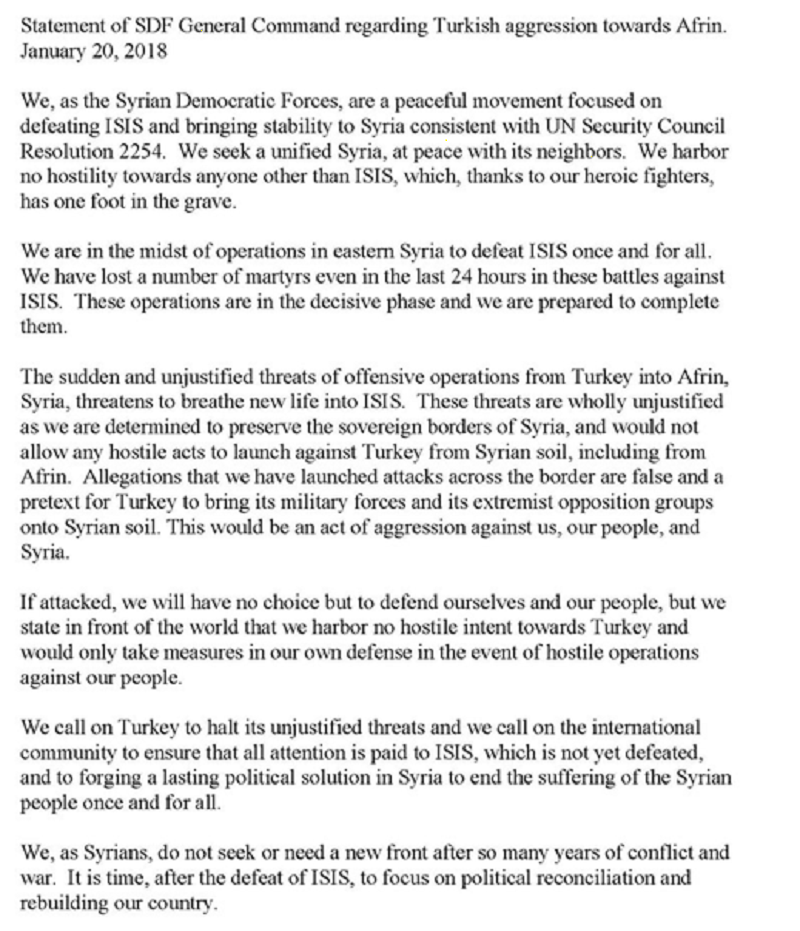 So a NATO member, Turkey, is bombing, shelling, and preparing to unleash jihadists on defenseless religious and ethnic minorities who never attacked it. The U.S. has expressed its opposition, but President Trump must go much further. Just last week he declared “Religious Freedom Day,” even as Turkish shells were raining down on Afrin’s churches. There are even reports that Turkey is bombing refugee camps in Syria. American Christians who helped put Trump in office need to speak up. Those brave Christians in Syria are the “least among our brothers.” Helping them now not to fall under their cross is our minimum Christian duty. 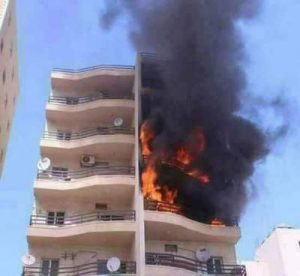 An apartment building full of civilians, struck by Turkish bombs or shells.

It is also good for America. The Turkish regime has become the rogue state in NATO. Erdogan is blackmailing the EU, demanding visa privileges for his citizens. Otherwise he’ll send more millions of migrants into Europe. Erdogan has interfered in the Dutch elections. He called on Turks in Europe to “outbreed” then outvote the native populations of those countries. He represents a threat to all Western interests, and to America’s friends in the region, including Israel.

Will American Christians Speak Up? 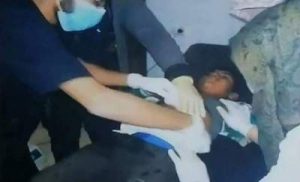 A Syrian boy fights for his life after a Turkish shelling of his civilian neighborhood, January 20, 2018.

At this very moment Turkey is moving into Afrin the very same troops that shouted: “Christians and Americans have no place among us.” Will the U.S. meekly stand by and watch this happen? Is it okay now for jihadis to invade neighboring countries and kill their Christians? I challenge my fellow American Christians: contact the Trump Administration. Demand action before more U.S. allies are killed. Call your congressman and senator. And on Sunday bring the cause of these hunted Christians and other innocents with you to God in prayer.

It’s time for the U.S. to draw a line in the sand. Send a token contingent of soldiers to Afrin, and watch Erdogan fold. He wants to snuff out the sparks of human freedom in the region, and to squelch American influence. Don’t let him get away with it.