You are here: Home / Abuse Questions / When Jewish blood is shed

When Jewish Blood is Shed 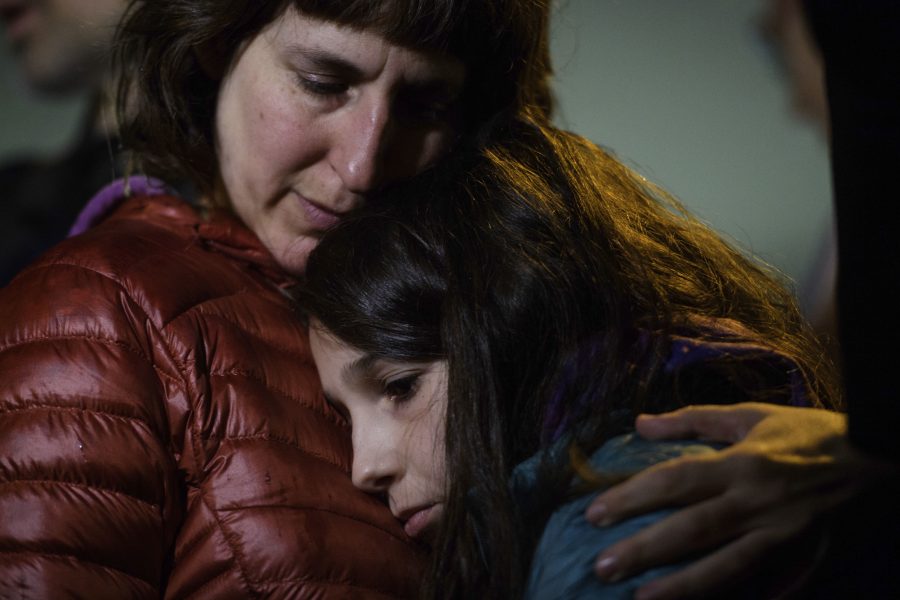 Rachel Kranson, left, holds her daughter, Sasha Kranson, 12, during a vigil after an active shooter fatally shot multiple people at Tree of Life Congregation synagogue on Saturday, Oct. 27, 2018, in their neighborhood of Squirrel Hill in Pittsburgh.

Premeditated, cold-blooded murder is always unspeakably evil. But it is even more evil when the innocent, unsuspecting victims are children in a school or worshipers in their congregational building. How can we even describe monstrous evil like this?

In recent years, we have witnessed horrific school shootings and barabaric church shootings. Now, we have witnessed Jewish blood being shed in a synagogue. And it was not just during a normal Sabbath service. It was during a bris, a special time of celebration when a Jewish baby boy is circumcised on the 8th day.

Families have come together for this special occasion, sometimes spanning three or even four generations. A new Jewish life is welcomed into the world. And at the end of the ceremony, a prayer called shehecheyanu is recited: “Blessed are You, Lord our God, King of the Universe, who has granted us life, sustained us and enabled us to reach this occasion.”

In the midst of this a mass murder took place.

Sadly, different groups will seek to politicize the slaughter. But at times like this, we do well to hold our peace. Already this week, an allegedly unstable Trump-lover was arrested for his role in the attempted pipe bombings. Now, an alleged Nazi Trump-hater was arrested as the synagogue shooter.

So, I appeal to all people of conscience: Let’s focus on the victims rather than on political debate. Let’s hold our tongues out of respect for the dead.

Let’s remember today that Jews were murdered in a synagogue in America, with the murderer shouting, “All Jews must die!”

How does this impact the Jewish psyche? How insecure does this make Jewish people feel across the nation?

There are many who feel that Jews are paranoid. They wonder, “Why are you still bringing up the Holocaust? How is that you can have so much power and influence and still feel like you’re persecuted?”

It’s because Jews realize that antisemitism is never far away. (Witness the recent abhorrent comments of Louis Farrakhan.) Jew-hatred is alive and well, in America, in Europe, throughout the Middle East and larger Muslim world, and scattered here and there in almost every corner of the globe.

The Hatred I See as a Messianic Jew

To give some perspective to this, many of my “followers” know me only as an evangelical Christian and don’t realize that I’m a Messianic Jew. (In other words, a Jewish follower of Jesus.)

So, I’m not as conspicuously Jewish as, say, Rabbi Shmuley Boteach or Ben Shapiro or Dennis Prager or Michael Medved.

Yet on a regular basis, I’m the target of foul, ugly, sometimes violent antisemitism. To repeat: Jew-hatred is alive and well today and shows no signs of abating.

Just the other day, a professing Christian ended a long rant on my YouTube channel with this comment: “Adolf Hitler was the greatest Christian in 2000 years, since Saint Paul! Sadly, he had no ‘Gas Chambers’ for demon seed Edomite, Canaanite, Communist Jews. The Holohoax is a total LIE by ‘demons in shoe-leather’ that we call ‘Jews’ today.”

To call this sick is an understatement. Yet it’s the kind of trash I see day after day, just on my own social media pages, with charges like this: