You are here: Home / All News / Why not have a Pro-Life Mom for an appointee?

Newsweek Is Shocked, Shocked That Trump Appointee Is a Sane, Pro-Life Mom 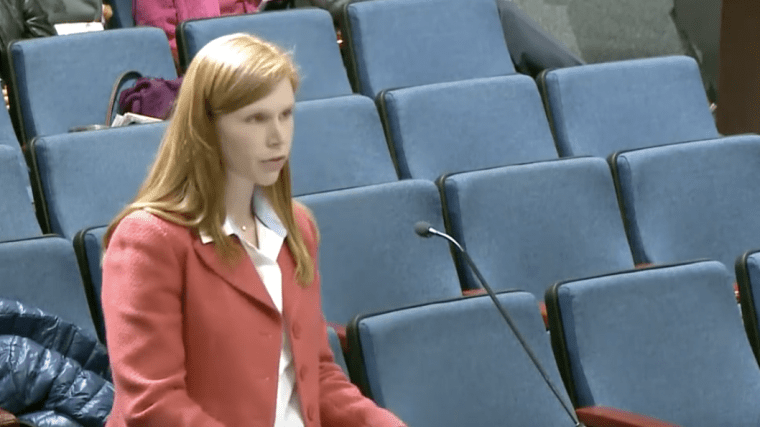 If you’d been asleep for the past five years, and you consulted most major media, you’d probably be in shock. I remember back in the 1990s when I lived in Baton Rouge. I used to see print copies of the New York Times as little letters from home. “Oh, here’s my hometown newspaper!” I’d say. I regretted the leftist bias, but it wasn’t so all-consuming and delusional that I didn’t read the paper. I even used to read Newsweek. It was like Time, except for people whose lips got a little tired.

Just last week, while shopping at Kroger I saw a physical copy of the Times for first time in several years. Scanning the headlines, I decided that it had been edited in Pyongyang, North Korea, then hurriedly translated into English by the bilingual cage dancer at a drag queen bar in Chelsea. The bias in the headlines wasn’t just palpable. It was borderline hysterical. I could see almost see Lady Fallopia’s purple glitter nail polish smudged in the Grey Lady’s margins.

That same feeling hit me when I grimly clicked on the link my friend Jason Jones just sent me. The article is in Newsweek, which for the youngsters I will explain was once a magazine that reported the news. Every week. Now it’s a shrill newsletter for leftists.

A Mom Goes to the United Nations to Talk About Women

Or so I’m convinced, by the smear that organ produced on Bethany Kozma. The Trump administration appointed her as a delegate to a UN conference on the status of women. This lovely, talented woman was once a White House staffer, but she later moved up in the world: To spend most of her time rearing her very own children, passing on the Christian faith and Western civilization to a new generation of images of Christ whose eternal souls she will answer for. Instead of, you know, sitting in a cubicle obeying orders from strangers to try to bump up someone’s quarterly dividend. So she’s clearly been wasting her life, from the mainstream point of view.

Just how depraved that mainstream is now becomes clear from the Newsweek piece. You see, the Fallopias of the world have whipped up a scandal around Mrs. Kozma. They want to get her fired. They think that she doesn’t represent American values. Why? I’ll quote from the piece. Just keep in mind how many controversial assumptions — stuff that would have been considered fringe back in 2008 — the writer takes for granted as obviously proven.

As the article admits, Kozma’s thought crime was this: She “once called trans children ‘gender confused.’” Now that’s just a laymen’s translation of the scientific word for this condition, “gender dysphoria.” That is, if scientists are still allowed to say that. I haven’t checked the Diagnostic and Statistical Manual of Mental Disorders Ticker

Let’s start with the headline: “Trump Sends Anti-trans Pro-lifer Bethany Kozma to Women’s Rights Conference at the U.N.” Okay, “anti-trans.” Does that mean that Kozma walks around harassing bearded “women,” or runs some group that wants to lobotomize them? (You know, the way governments like Iceland’s want to kill all the kids with Down Syndrome?)

No, not at all. As the article admits, Kozma’s thought crime was this: She “once called trans children ‘gender confused.’” Now that’s just a laymen’s translation of the scientific word for this condition, “gender dysphoria.” That is, if scientists are still allowed to say that. I haven’t checked the Diagnostic and Statistical Manual of Mental Disorders Ticker, to see which brand of madness was redefined as sanity in the past couple of hours.

Kozma’s next crime was to call the U.S. a “pro-life nation.” That’s something we can argue about. While our abortion laws are far less protective than most countries on earth — we’re right up there with China, North Korea, and Vietnam — opinion polls show that most of the public want much more protective laws. So the facts are on her side. But as feminist critics of science point out, reliance on facts is sexist.

She Did It. Publicly.

Newsweek then announces the most shocking detail it could unearth:

Kozma has publicly campaigned against transgender students being given the right to use bathrooms which match their gender identity.

Boy that’s some objective reporting! She “campaigned” against the “right” of transgender students to use their bathrooms of choice. And she did so “publicly”! Just exposed all that in public for all to see. Has she no notion of modesty or privacy? Can’t she at least keep such views hidden, maybe in a room that’s designated where only people just like her have to see it?

Imagine if Newsweek had written that Kozma “fought for the right of schoolgirls to retain their modesty and privacy in bathroom facilities, without the intrusion of boys with sexual mental illness”? That would be just as accurate, if equally biased. But if Newsweek published that, it would sound like some newsletter printed in a basement of a hardshell Baptist church in Mississippi. And we don’t expect major media to take sides that blatantly. Or at least we didn’t use to.

Handing the Mic to the Maniacs

The article’s author cites, with audible tut-tuts, Kozma’s common-sense objections to pretending that people can change their sex by clicking their heels three times and saying, “There’s no place like home.” The “reporter” serves up each quote like a bloodstained pair of scissors on Law and Order. Then she gives equal space to Jessica Stern, executive director of OutRight Action International. The article quotes her at long, long, length:

Bethany Kozma’s track record as an anti-trans activist should disqualify her from representing the United States at the largest women’s rights and gender justice meeting. She is known for her hateful rhetoric against transgender people, specifically trans children, and has been at the forefront in undermining their rights.

Having worked with known hate groups, such as Family Research Council, it is clear that Kozma will push for restrictive and discriminatory language at the CSW negotiations.

It is an embarrassment that an anti-trans activist is on the delegation, not to mention someone who is misrepresenting US law in negotiations. The US must uphold its values of non-discrimination at all times, and prevent Kozma from co-opting this space to impose her hateful agenda in the negotiation room.

Letting a source go unchallenged for calling the Family Research Council a “known hate group”? That’s the journalistic equivalent of allowing someone to source the Protocols of the Elders of Zion as “a famous historical exposé.” This isn’t journalism, and it hardly even pretends to be. It’s a smudgy fetish newsletter, repackaged under the once-famous name of a once-solvent magazine.

UPDATE: Mrs. Kozma, we have learned no thanks to Newsweek, now works for the U.S. Agency for International Development.