You are here: Home / All News / The World is happy to claim another baby’s death, fewer people in the world.

Heartbreak: Charlie’s Parents Withdraw Request to Take Him to U.S. for Treatment

The window for Charlie’s treatment has passed and the damage is irreversible. 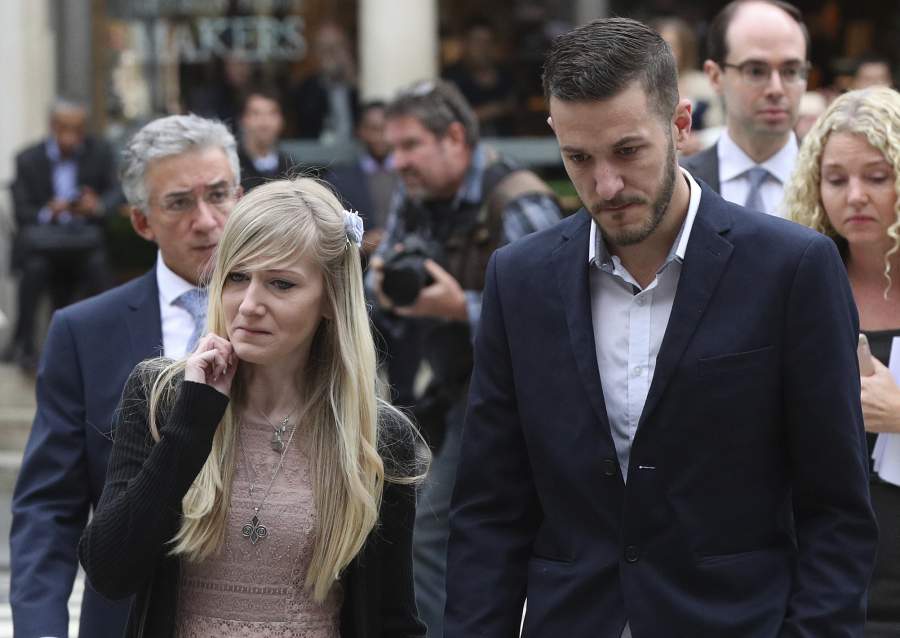 The parents Charlie Gard the critically ill infant Chris Gard and Connie Yates arrive at the Royal Courts of Justice in London ahead of the latest High Court hearing in London Monday July 24, 2017.

The legal battle to bring Charlie Gard to the U.S. for treatment is over. Grant Armstrong, the lawyer representing Charlie’s parents Chris Gard and Connie Yates, announced Monday that the couple are withdrawing their request bring Charlie to the U.S. Last week’s medical tests revealed the window of possible treatment for Charlie has passed.

Catherine Glenn Foster, the Americans United for Life president who has been supporting Charlie’s parents in the U.K. throughout the latest round of legal proceedings, live-tweeted Monday’s hearing.

The devastating news comes after Dr. Michio Hirano, a neurologist from New York’s Columbia Medical Center, traveled to London last week to meet with Charlie’s doctors at Great Ormond Street Hospital. For several months, Hirano has offered to try an experimental treatment called nucleoside therapy on Charlie. The 11-month-old suffers from severe mitochondrial depletion syndrome and cannot move or breathe on his own. Though no one with a condition as severe as Charlie’s had ever been treated with the therapy before, Hirano testified earlier in July that there was at least a 10 percent chance of it helping.

Hirano met with GOSH medial experts and Yates for several hours last week. Charlie also underwent new medical scans. They revealed that any window of time for possibly treating Charlie is gone and his muscular damage is irreversible.

Speaking before court Monday, Yates said time that could have been spent treating Charlie was wasted.

Charlie’s parents have been fighting to treat him for several months, even raising over $1 million to do so. But Charlie’s doctors at GOSH argued no treatment could help him and that he should be taken off life support. They refused to let him leave the hospital. Yates and Gard took the debate to the High Court in London. In April, Judge Nicholas Francis — the same judge presiding over Monday’s hearing — sided with GOSH. Charlie’s parents appealed the case but ultimately lost when even the European Court of Human Rights refused to intervene.

Charlie was set to be taken off life support at the end of June, but GOSH postponed the date to give Yates and Gard more time to say goodbye.

Then statements from President Donald Trump and Pope Francis sparked a new wave of international support for Charlie and his parents. Offers came from international hospitals to take over Charlie’s care or ship the treatment to London. Over half a million people signed a petition for GOSH to let him come to the U.S. One House committee passed an amendment aiming to make Charlie a U.S. resident.

The London hospital remained entrenched in their stance, refusing even to let Charlie’s parents take him home to die, until several medical experts, including Hirano, signed a letter to GOSH suggesting that new evidence showed a higher chance of nucleoside therapy working for Charlie than previously thought.

An appeal from GOSH to explore the new evidence kicked off the latest round of hearings at the High Court with Francis.

Francis praised Gard’s and Yate’s dedication to Charlie on Monday. “No parent could have done more for their child,” he reportedly stated.

Yates said she and Gard, both emotional on Monday, should have been trusted and allowed to try the treatment sooner.

Gard gave a statement after the hearing. “We now know had Charlie been given the treatment sooner, he would have had the potential to be a normal, healthy little boy,” he said. Read the full statement and watch clips below.